ART VISION is a competition of projection mapping and VJing attracting professionals and aspiring artists from all over the world. The competition is annuallly held as part of the Circle of Light Moscow International Festival.

In 2012 the first ever ART VISION Competition was held between the Russian contestants only.  The third competition was entered by 35 artists from 13 countries.

2014 became a turning point for the International event; three nominations were introduced: Classic, Modern and VJing. All three were shown at VDNKH park known to be one of the largest and most popular parks in Moscow. The judging panel welcomed International praised designers, artists, VJs and persona. That milestone year contestants from 24 countries applied to the competition.

In 2015 ART VISION celebrated its fifth anniversary by showing the Classic entries on the world known Bolshoi theater. The other two nominations were kept at VDNKH. That year the judging panel was chaired by Patrick Woodroffe, English lighting designer who lit the Olympics in London, worked with Michael Jackson, Rolling Stones and many others.

In next 2016 ART VISION introduced a new turn on VJ battle – it was held at an indoor venue for the first time. Izvestiya Hall capable of holding 3000 people at a time was crowded by festival goers while VJs were skillfully mixing videos on a 12 meter wide LED screen. That was the first time when VJs performed along a live DJ set. DJ DIASS from Bulgary was invited to set groove of the battle.

For the first time the Competition venue united three buildings, thus only five finalists of Classic Nomination 2018 demonstrated their works created the 270-degree video projection on the facades of Bolshoi, Maly and Russian Academic Youth Theatre.

Two long years (2020-2021) without the Circle of Light festival and ART VISION Competition were left behind! We are back!

ART VISION Classic is an international competition of Classic Architectural Projection Mapping. Contestants of this Nomination create 2D or 3D mapping projections on a facade of buildings playing up its geometry and architecture. Teatralnaya Square uniting facades of three world famous theatres:  Bolshoi, Maly and RAMT will be a venue of the Classic Competition. It means that finalists’ works will be demonstrated on three surfaces at the same time!

Applications in ART VISION Classic Competition are no longer accepted!

STAGES OF THE COMPETITION:

The contestants shall send the final entry work by October 3, 2022. Instructions on how to upload works will be provided separately.

ART VISION MODERN is an international Contemporary Art Projection Mapping Competition. Contestants of this Nomination create 2D or 3D mapping projections on a facade of buildings playing up its geometry and architecture. This year Victory Museum will be a Venue of the ART VISION Modern Competition. Russian and International students, creative teams, design studios, etc may enter the Competition.

STAGES OF THE COMPETITION:

Till August 22, 2022 confirm participation by filling in an application form for participation on the official web page of the Competition: http://www.lightfest.ru/en/art-vision/

The Contestants passed the first stage will be informed by email.

Before you send work to the Competition please read the Regulations.

The Contestants passed the first stage will have to submit the following:

By September 10 – a teaser of your work.

The Contestants passed the second stage will be informed by email

By October 3 – Final entry work. Instructions on how to upload works will be provided separately. 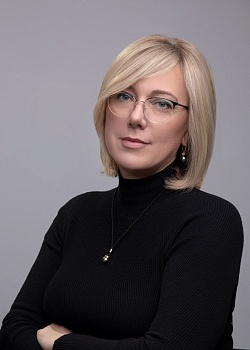 TATIANA GUK (Russia)
TATIANA GUK (Russia) has the PhD in Architecture; she is a professor at the International Academy of Architecture, member of the Union of Moscow Architects and Union of Designers of Moscow, Director of the State Moscow General Planning Research and Project Institute. Such huge projects as the master plan of Kazan, Almetyevsk, Ufa, Voronezh, Yuzhno-Sakhalinsk were led by Tatiana Guk. Previously, Tatiana Gulk served as the Deputy Chairman of Moscow City Architecture Committee; the Administration of Architectural and Artistic Image of the City of Moscow reported directly to Tatiana Guk. Also, together with the Complex of municipal economy of Moscow city, Tatyana Guk coordinated the Development of Urban Environment and My Street programs. 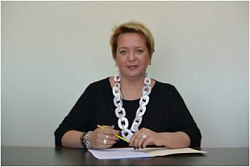 EUGENIA FEDICHKINA (Russia)
Deputy Head of the Mass Media and Advertising Department of Moscow Administration; longtimer and guardian of the traditions of Art Vision; has been its judge from when the competition became an essential part of the Festival. 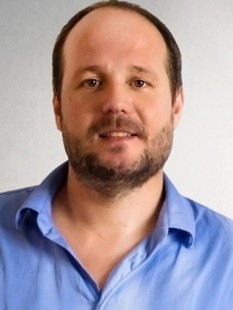 GASTON ZAHR (Israel)
is one of the founders of OGE Creative Group based in Israel. The company focuses on architectural design, light design and light installations that have had great success at the light festivals all over the world. Since 2017 OGE CG are the artistic directors of the Light Festival in Jerusalem. 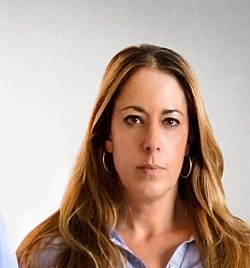 MERAV EITAN (Israel)
Graduated from Bezalel Academy of Arts, Jerusalem in Architecture. Merav was working in big offices in Israel: at Sheshefski Marash as lead architect for public buildings and interior design; at Dagan Mochly Architects in Haifa as head of preservation and restoration. In 2007 – 2009 Merav co-founded OGE Interactive Gallery at Campus HaNamal Haifa, an entrepreneurship that showcased high quality exhibitions and explored the different forms of involvement of the public into art projects in public space. At the same year she also opened her own studio OGE Group as a platform for all forms of designs and artistic managements: architecture, light design, interior design, art, events and branding. Since 2016 OGE Group has been an official coordinator of Jerusalem Festival of Lights. 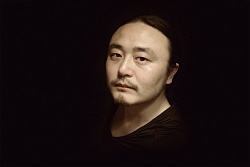 Liu Yaming (China)
is a new media artist dedicated to digital art education and lighting art creation, currently working as a lead artist at a lighting design company. He personally has not only great interest in new media art, but also in traditional art forms and design fields, and have a keen judgment on contemporary art forms.

If you have any queries do not hesitate to send us an email to contest@lightfest.ru.